Idyllwild and the High San Jacintos

Idyllwild and the High San Jacintos

by Robert B. Smith
& The Idyllwild Area Historical Society 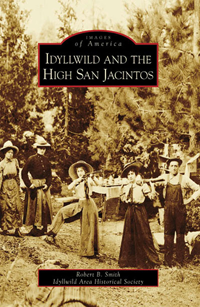 Southern California’s hidden treasure lies in the
San Jacinto Mountains. Capped by the last 10,000 foot peaks on the way to Mexico, they have enriched human lives for centuries. Discovered by loggers in 1876, they were partially stripped of their trees during the population boom in the 1880s. Protected by federal edict in 1897, these mountains attracted a special breed of settler. The uncommon village of Idyllwild was created by common people enchanted by the surrounding forest wilderness. Isolated here, high above the chaos of modern life, they have preserved a vestige of mid-twentieth century, small-town America in the woods.

This collection of nearly 200 previously unpublished photographs, including stunning
images by the gifted photographers Avery Field and Harry Wendelken, offers a glimpse of the paths along which village and wilderness shaped each other between 1876 and 1960. 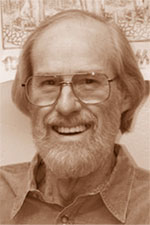 Author Robert B. Smith has forged a deep connection with the San Jacintos over the more than 70 summers.

Retired from an academic career, he moved to Idyllwild in 2001 and serves on the Idyllwild Area Historical Society’s Board of Directors.

With a unique background as scientist, administrator, nature writer, newspaper columnist and amateur historian, he has chiefly mined the historical society’s archive to create this book. He also writes a monthly column for the Idyllwild Town Crier.

A complete index to the book may be viewed or downloaded as a PDF document by clicking here.