Our rustic 1930 cabin houses exhibits pertaining to the history of the San Jacinto Mountain communities of Idyllwild, Pine Cove, Mountain Center, Alandale, Garner Valley and Pinewood. Exhibits are rotated occasionally and there is always something new and interesting to discover.

A collection of photos, documents and physical artifacts documenting the social and economic heart of Idyllwild between 1917 and 1945, when Claudius Lee Emerson reshaped a resort into a village.
Here’s a sample cartoon of his book “Nobody Loves a Fly” 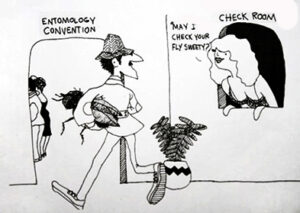 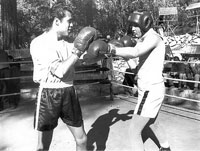 News clippings, publicity posters and photos from the 1961 filming of “Kid Galahad” in and around Idyllwild, including a self-guided tour of sites that appear in the film.

Other Subjects on Display 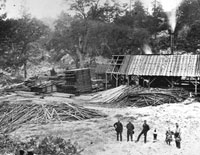 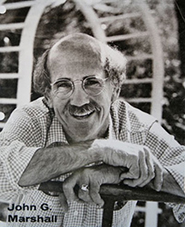 We’re pleased to announce a new exhibit in the museum, featuring well-known cartoonist John G Marshall, who moved to Idyllwild in the 1990s, where he drew for the Town Crier for several years. His particular sense of humor produced a treasure trove of hilarious drawings.